South Hylton was a professional club based at South Hylton, upstream from Sunderland, on the river Wear. The club became amateur in the 1960s and changed their name to the City of Sunderland Rowing Club in the 2000s. They ran the South Hylton Regatta for a great many years. There was also a North Hylton Rowing Club on the opposite side of the river and a Sunderland Rowing Club downstream at Sunderland. As well as participating in water based activities, in the 1900s the Club had a soccer team that would regularly play against other teams for the prize of a supper. 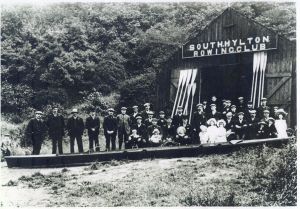