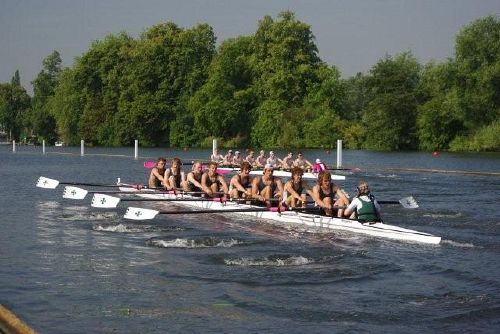 Durham School Boat Club was founded in 1847. However, there was rowing at Durham School before that - the club was a founder of Durham Regatta in 1834 and it is, therefore, one of the oldest clubs on the River Wear in Durham. Record keeping in the early days was non-existent and the first reference to a School boat was to the four oared wherry Argo in 1838. At the regatta, the club went on to win its first Challenge Cup in 1865. The first club rower to win a blue for Oxford or Cambridge rowing in The Boat Race was W. King, who rowed for Oxford in 1854.