Tyne Main Rowing Club was located on South Shore Road on the Gateshead side of the River Tyne, close to the Schooner pub/Hotel and near the Tyne Main staith and colliery. This was a professional club and ran handicap races for professional scullers. The club was formed in ? and was still operating in 1953.

December 1914
J. White of Tyne Main lost the final of the Tyne Christmas Handicap to J. Lewis of Blyth RC

13th November 1940
The Newcastle Evening Chronicle reported: James Renforth, Tyneside sculler who achieved world fame, died while in America in 1871. His death followed a collapse in his boat, when he was competing in the world’s four-oared championship. He died on August 23, his body being brought back for burial Gateshead East Cemetery on September 10. Throughout the years 77-year-old Thomas R. Liddell, himself an old sculling enthusiast and member of the Tyne Main Rowing Club, has attended the champion’s grave, and once a year, because Renforth was an old soldier, has held a little service on Armistice Day. Among those Who were present this year were Tyne Main members George Sharp, W. McFarland, Tommy Brown, W. Slater, T. Robson, better known as 'Punch and of course Tom Liddell. 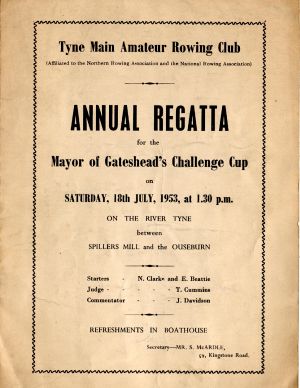 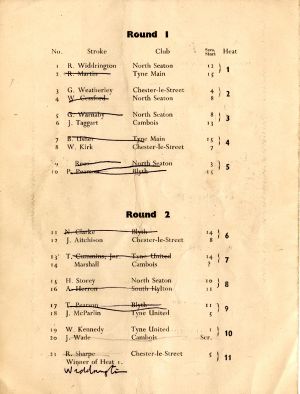 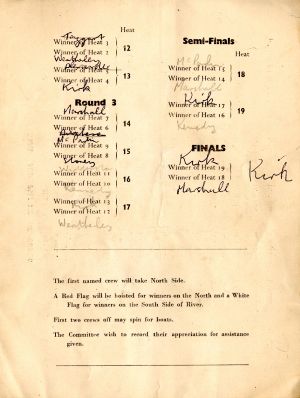 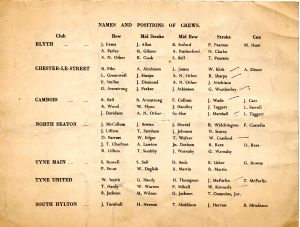